On Thursday, April 16th, the Small Business Administration announced that in less than two weeks after being signed into law, the $350 billion allocated to the Paycheck Protection Program (PPP) had officially been depleted.

What’s more is that shortly after, it was also announced the Economic Injury Disaster Loan had suffered the same fate.

This comes as no surprise to those on either side of the PPP funding. Financial institutions were overwhelmed from the start, and applicants were met with confusing information and little direction.

One JPMorgan Chase bank executive stated they didn’t get through the 60,000 applications that were submitted within the first 5 minutes. Only 27,000 of those had been submitted prior to funding being depleted.

Other big banks didn’t fare much better. Bank of America received over 10,000 applications per hour on the first day they were made available, but the SBA only approved thousands of those initial applications. Wells Fargo had roughly 1,000 applications approved but over 170,000 “expressions of interest” in their first two days.

Community banks seemed to fair better. While big banks were struggling to get more guidance from the SBA in order to comply to what they thought would be strict application rules and trying to get substantiated financial information from applicants, independent community banks appeared to simply take on the risk and were willing to submit applications while awaiting that guidance.

The PPP was meant to help small businesses keep employees on the payroll and allow a small amount of additional financial assistance to cover rent, utilities, and other debt obligations.

Set up initially as a loan, a portion, if not all, of the loan can be forgiven given the recipient meets certain requirements, namely that they use 75% of the loan proceeds on payroll and prevent any reductions to personnel or salaries.

However, the demand for these funds was astronomical, and the $350 billion fell well below the need. In fact, it’s been calculated that almost $1.8 trillion in funding will be needed to help small businesses offset the impact of the COVID-19 pandemic.

What are next steps?

If you applied or were planning to apply for the PPP, all hope of getting some type of financial assistance is not lost.

If you’ve applied, be patient. If not, apply right away. Right now, the federal government is working on securing additional funding for both the PPP and EIDL programs. If you’ve already submitted your application, verify with your banker that no other information is needed. Then, be patient – you’re likely in the queue for the next round.

Check for state/local grants. Many states and local chambers of commerce are offering grant and/or loan programs for small businesses. These may come at a higher interest rate than the SBA was offering, but you may be able to secure enough to get through your initial cash flow needs. 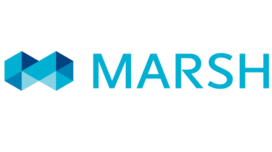