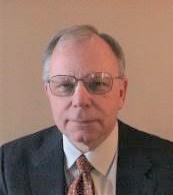 Carl H. Zehnder opened a consulting practice in 1985 focused on operational needs in multiple industrial settings. He is a change agent, skilled at enhancing efficiency and cost control for both large and small companies. His strengths include building rapport with employees as he gains an understanding of organizational operations and culture.

He assesses each situation as unfamiliar territory that needs to be penetrated. Among his clients are firms that are facing liquidation, may be profitable but are operationally and/or financially underperforming, or hobbled by equipment that does not operate as intended, and similar situations.

1. A small Arkansas manufacturer, $15 million in revenues, was facing liquidation when eleven direct reports conveyed “It’s hopeless.” Carl worked with each, identifying initiatives that were used to reduce expenses by $2.4 million in 12 weeks; the company was sold as an on-going business.

2. The President of a Chicago manufacturer of Custom Business Forms, $400 million in revenues, was troubled with cost estimating practices. Carl and his consulting team designed and built an Estimate Preparation System that was comprehensive and easy to use. When fully deployed it resulted in a 5% increase in margins, increasing profitability by over $20 million.

3. A large Florida Beer & Wine distributor, $125 million in revenues, had purchased a $10 million palletizer machine whose purpose was to assemble pallets of product for customer delivery. The machine, idle for more than a year, was not able to process at a minimum rate of 5,000 cases per hour. Carl penetrated the equipment, recommended changes, then using a simulator that reflected those changes, projected a processing rate of 12,500 cases per hour.

With an eclectic background in both career and academia, Carl transfers his skills across a wide range of industries. He holds a BME with an Industrial Engineering focus from Cleveland State University. He was awarded an MS in Organizational Management and Behavior from Illinois Benedictine University. And, he was subsequently awarded an MBA from the University of Chicago.